On May 29, 2021, the first offline meeting of the Ukrainian IBNS Chapter took place. This happened during the first gathering of Ukrainian collectors in Kyiv on the territory of the International Exhibition Center.

This meeting can be considered as international, since it was attended by banknotes dealers from: Czech Republic, Germany, Armenia and other countries.

We have been waiting for this event for a very long time, because the date of the opening of the Chapter almost coincided with the date of the beginning of the pandemic, and we could not meet earlier. To keep in touch between members of the society, a Telegram chat was created. Once a quarter, we held quizzes and awarded prizes to collectors who gave correct answers. Last Christmas we recorded, edited and published a congratulatory video for money collectors. The website of the Ukrainian Chapter (ibns.org.ua) was created, we filled it with useful information for existing and new members. During the contest “Banknote of the Year 2020” in Ukraine, an advertising campaign was launched and Serhiy Trushyn’s interview was shown on one of the central TV channels “UKRAINA”. During the first year of its existence, the Chapter has grown from 6 to 11 members.

At the Chapter’s meeting, a new numismatic product was presented – the catalog- transformer “The most famous world banknotes 2004-2020 by IBNS version”. For collectors from Ukraine, a book was presented – a catalog of Queen Elizabeth banknotes, issued in Turkey in 2021 by Ozgur Honca. We have completed many transactions for the purchase, sale and exchange of banknotes. Harut Galyan, dealer of banknotes, has totally solds his goods brought from Armenia to Ukrainian collectors and dealers.

After the end of the event, we moved to a restaurant, where Serhiy Trushyn briefly spoke about the IBNS activities in the world and in Ukraine. The meeting participants exchanged views on the products and customer policies of the National Bank of Ukraine. They expressed suggestions and wishes regarding the issue of a jubilee banknote dedicated to the 30th anniversary of Ukraine’s Independence. We decided that the next quiz should be timed to coincide with this event. At this meeting, the idea of ​​preparing and holding the first international money fair in 2022 in Ukraine was born. The date of the event will be announced later.

Another result of the activity is the decision to create a platform for communication and exchange of experience on the basis of the Ukrainian IBNS Chapter. The Ukrainian Chapter invites all world collectors who speak Ukrainian or Russian. To learn more about this, visit our website https://ibns.org.ua.

The next meeting of the participants of the Ukrainian Chapter is scheduled for September 2021. 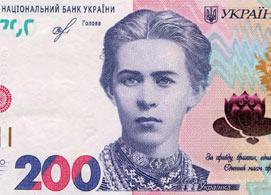 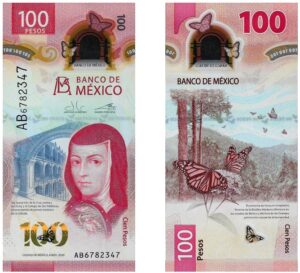